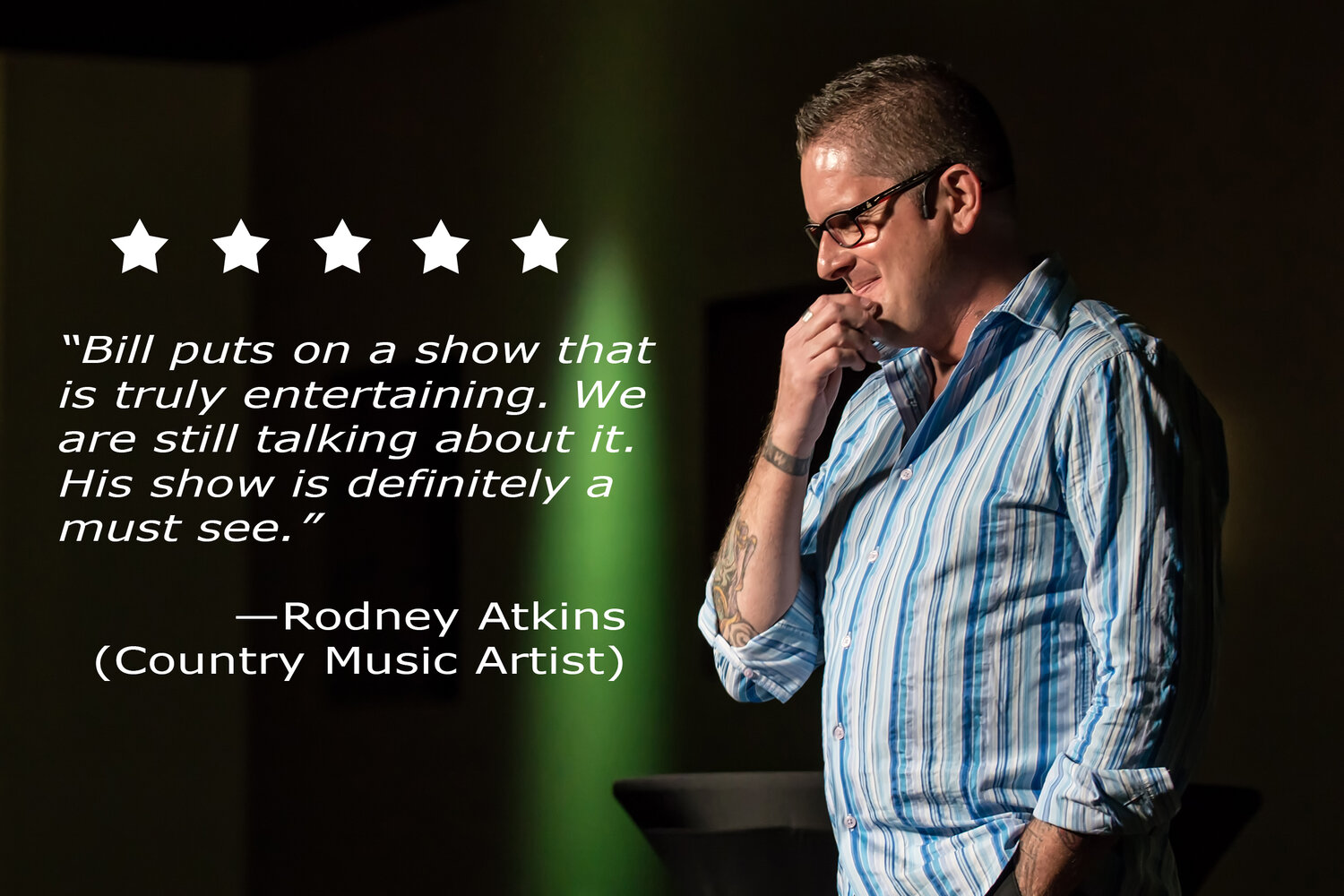 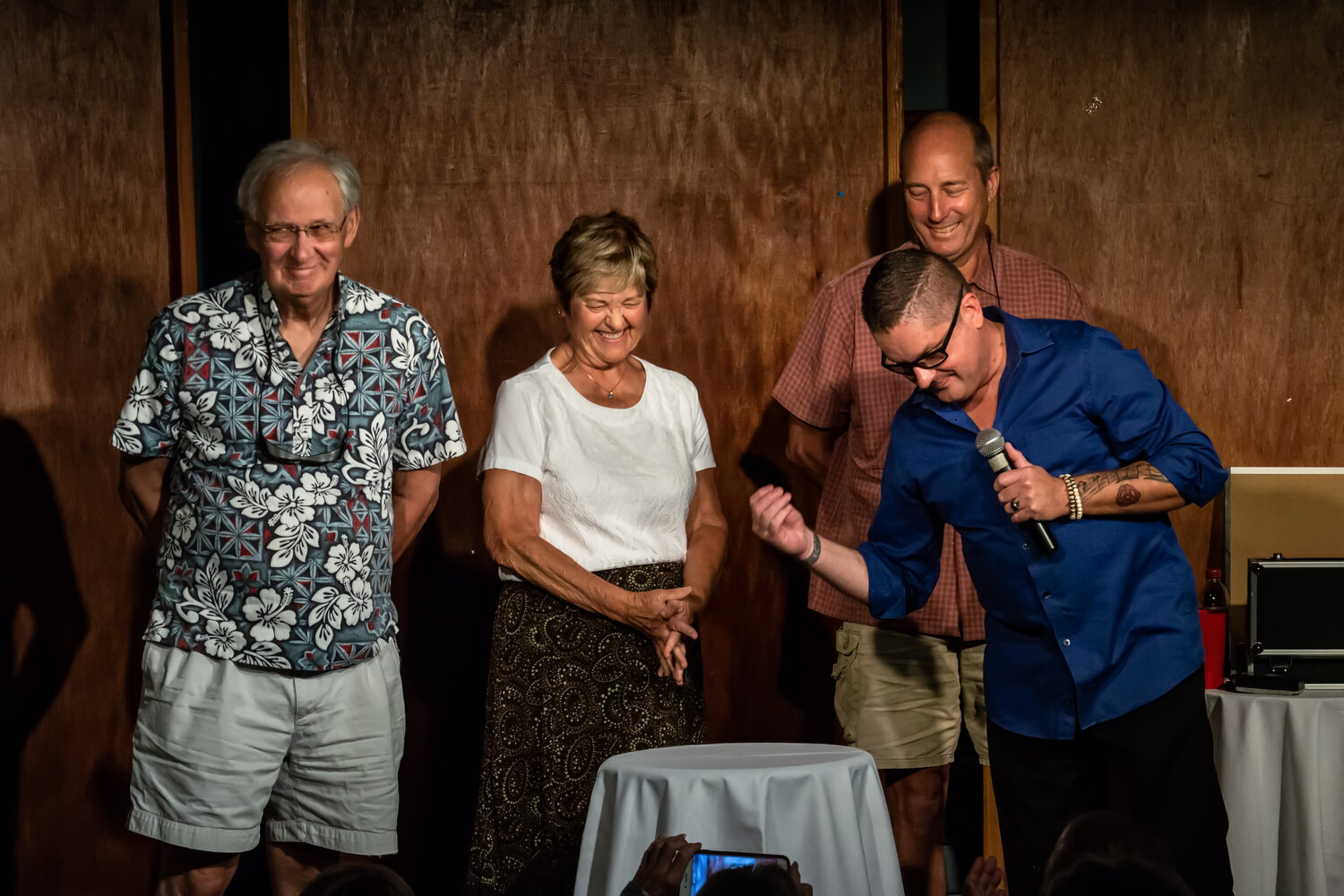 In 1990, Bill was a hypnotherapist in Lima, Ohio. He shared an office with a pulmonologist who opened a sleep clinic. Bill worked with patients for weight loss, smoking cessation, and fear of the CPAP machine — the top three sleep apnea causes.

While eating dinner one evening at a local Italian restaurant, the restaurant owner approached Bill’s table and asked, “Aren’t you the hypnotist in town?” Bill answered, “Yes, I am.” The owner explained that the band booked for the night had to cancel and wanted Bill to perform a stage hypnosis show. Bill politely explained that he wasn’t a performer, but the owner didn’t take “no” for an answer. When the owner offered to pay for the meals of everyone at Bill’s table and pay him $500 for an hour performance, Bill said, “Yes!”

That night was the beginning of Bill’s 32-year career as an entertainer.

Bill found himself performing a weekly show at the restaurant. As Bill’s popularity grew, local businesses hired Bill for corporate events. Within a year, Bill was performing shows for corporate clients throughout Ohio. And over the next year, Bill was getting calls from across the United States wanting him to perform for their events, comedy clubs, and theaters.

Fast forward to 2008 — Bill was performing exclusively for corporate clients. And then, the economy took a dive. Entertainment was the first to be cut from corporate event budgets, and the corporate events themselves were close behind. So Bill pivoted to performing at county and state fairs across the U.S.

In 2011, Bill visited the Gatlinburg and Pigeon Forge, Tennessee area with the goal of opening a show in one of the many theaters in the area. After five months of searching for the right theater for his performance, Bill signed a multi-year contract to perform his mentalism (thought reading) show five nights a week. Within three months, Bill’s show was rated #1 out of 60+ performances in the area (according to TripAdvisor).

In 2014, Bill moved his show to Hilton Head Island, South Carolina, due to orders from his son’s pediatrician — Bill’s son developed severe allergies to “everything” in The Smokey Mountains. Within 45 days of moving to Hilton Head Island, Bill opened a comedy club in which he performed his show seven nights every week and hosted comedians four nights a week after his performance. Bill’s performance became the #1 nightlife activity on the island within 60 days, and the comedy club itself was rated #2 on TripAdvisor.

Bill now lives in Southwest Florida and performs in theaters, corporate and private events, and clubs throughout the U.S.