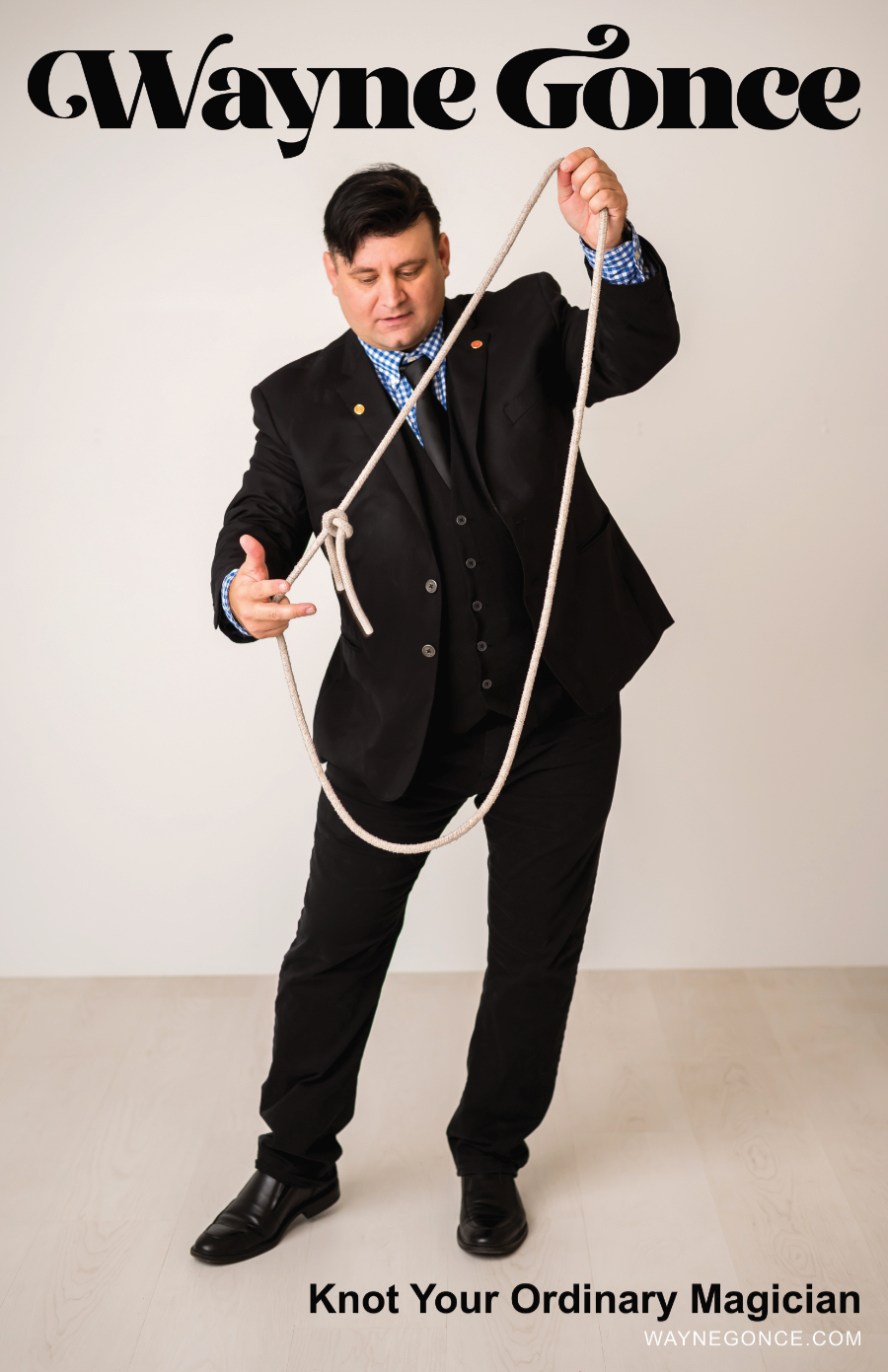 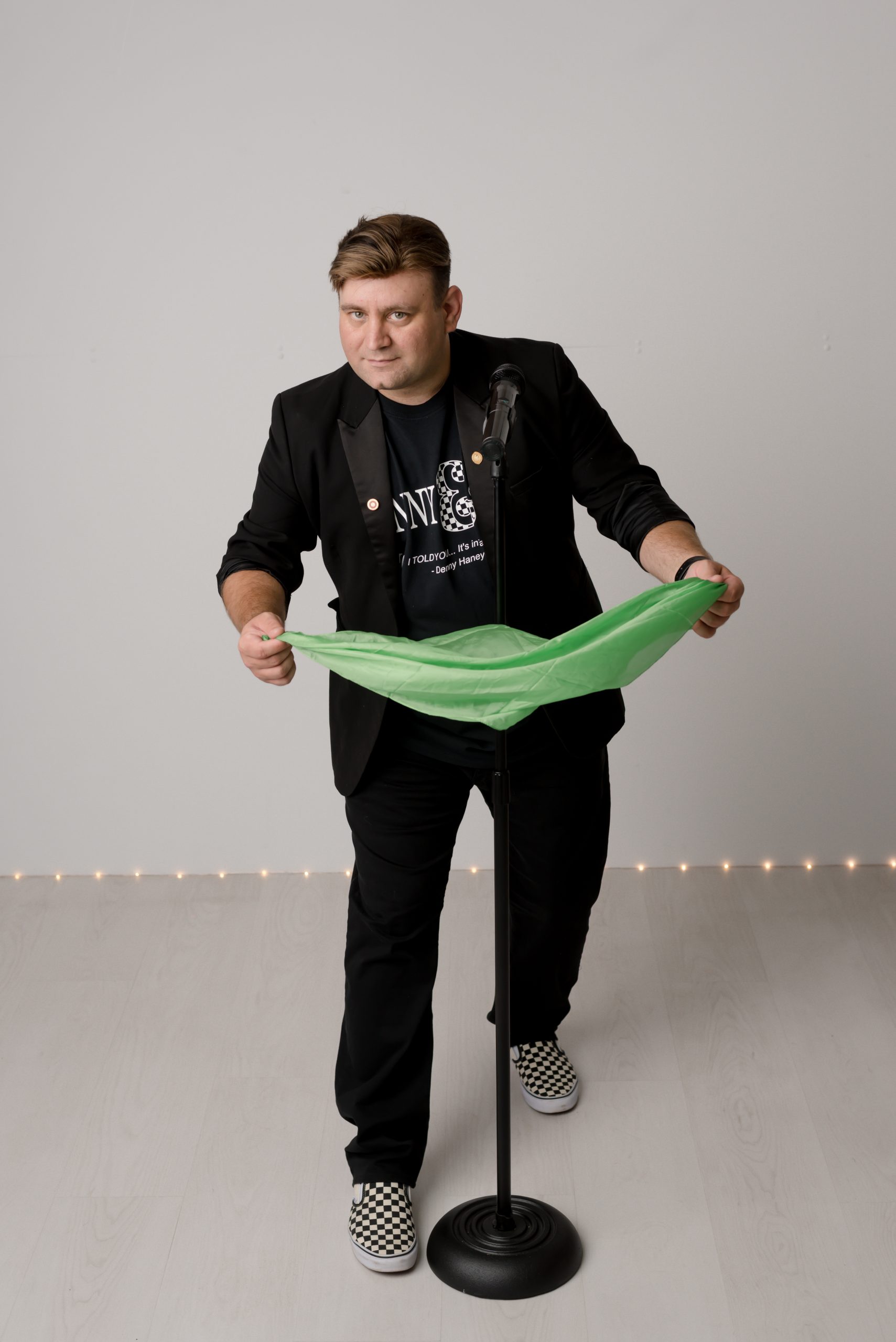 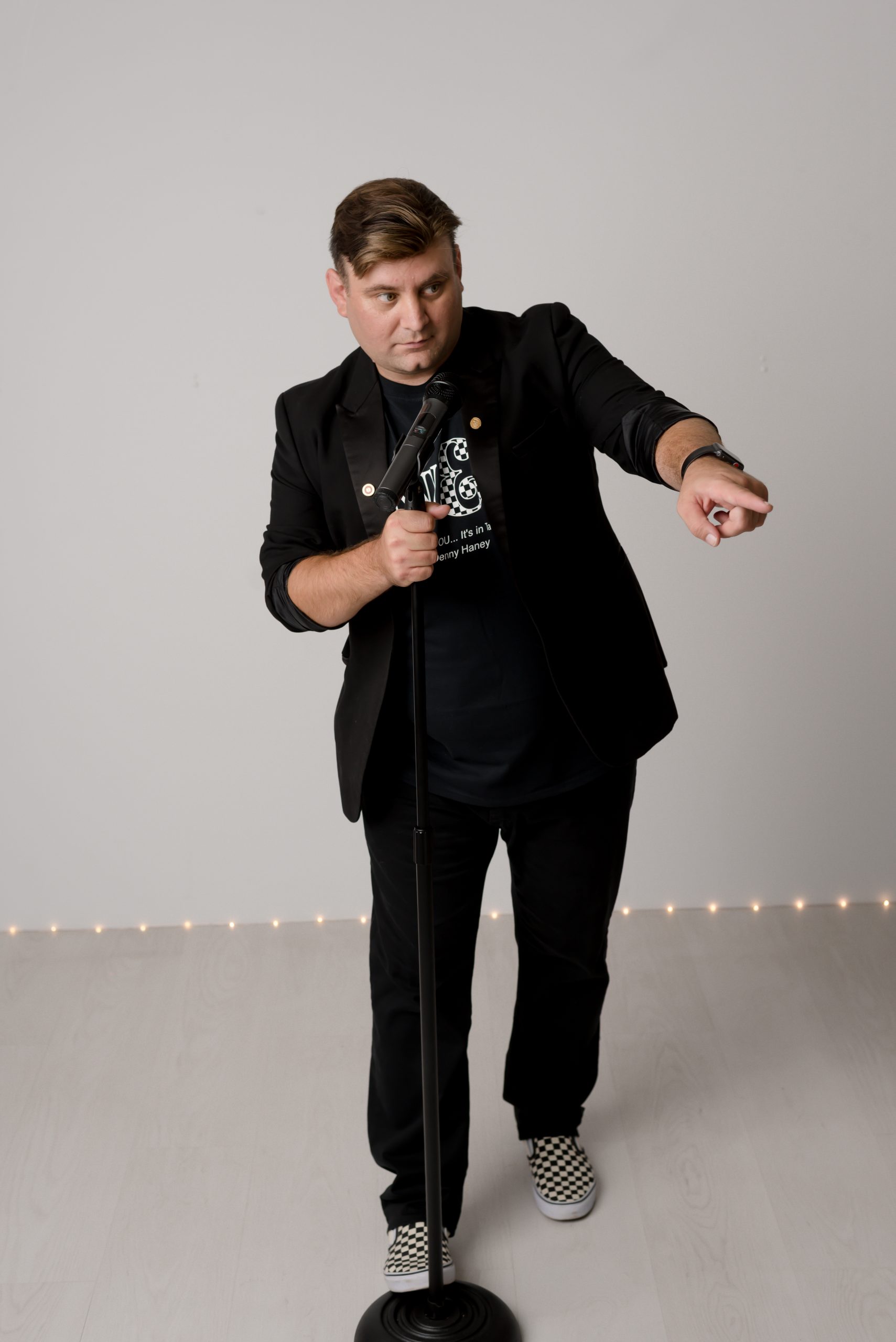 BIO:
Wayne Gonce is a funny, wild & one of a kind comedian, master of ceremonies & magician. Wayne has amazed and “MAGISHED” for Colleges, Comedy Clubs, Theaters & Originations across the country with his comical and mind blowing magic. His talents as a professional actor bring his magic to a whole new level. His television appearances include stints on programs like The Kids

are alright, NCIS LA and more. Wayne has been performing professionally for over 20 years with his unique style of comedy magic, inspired by some of the greatest in the magic community.

Wayne made headlines at the age of 15 for making a one- ton pile of dirt disappear in front of a live audience and closed circuit TV for selected viewers in Elkton Maryland.

The legendary Denny Haney and the magic duo Scott Alexander & Puck have mentored & guided Wayne for years. Under their
tutelage Wayne has performed for major theatres, comedy clubs & colleges around the country.

Wayne’s slapstick style of comedy magic will have your audience laughing and smiling the entire show and hours after.