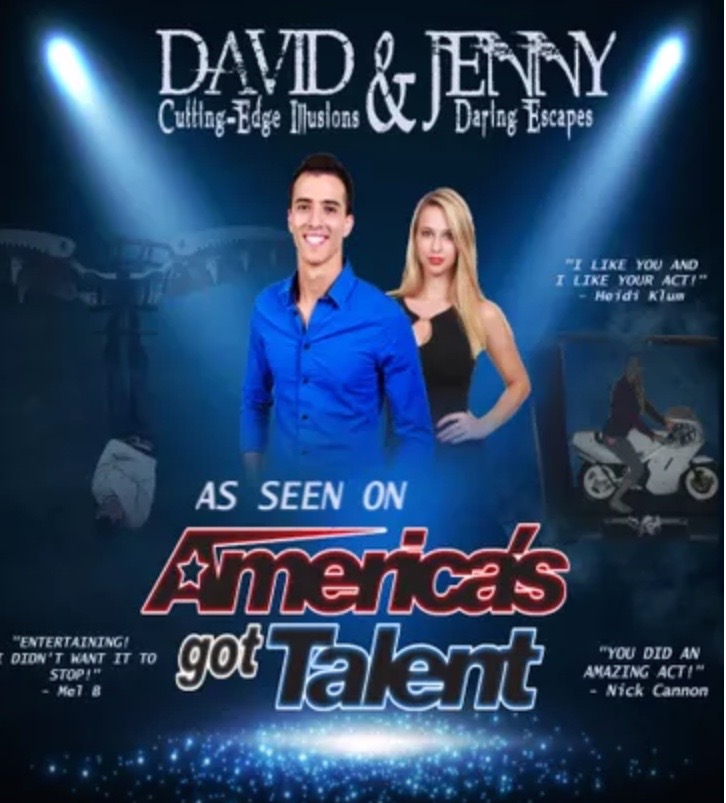 Millions across the globe have witnessed David & Jenny in over a thousand live performances, as well as appearances on America’s Got Talent and international TV networks. David’s inspiration came at the age of 8 when a juggler pulled him on stage. By the age of 17, David had already won the world juggling championships and set several world records. Having mastered juggling, David was hungry for a new challenge and found his skills enabled him to quickly excel in the art of magic.

Today, David and his fiancé Jenny perform world class illusions and innovative feats such as making a motorcycle appear out of thin air and a modernized version of Houdini’s greatest escape. Their magic is interlaced with hilarious comedy and audience participation, and enhanced by special effects lighting and video projection backdrops. Looking to push the boundaries of magic, Jenny brings her engineering background to help create some of the most mind twisting illusions being performed today.

Best of all David & Jenny have a unique ability to connect with the audience and make them laugh, creating an unforgettable experience for ALL ages. 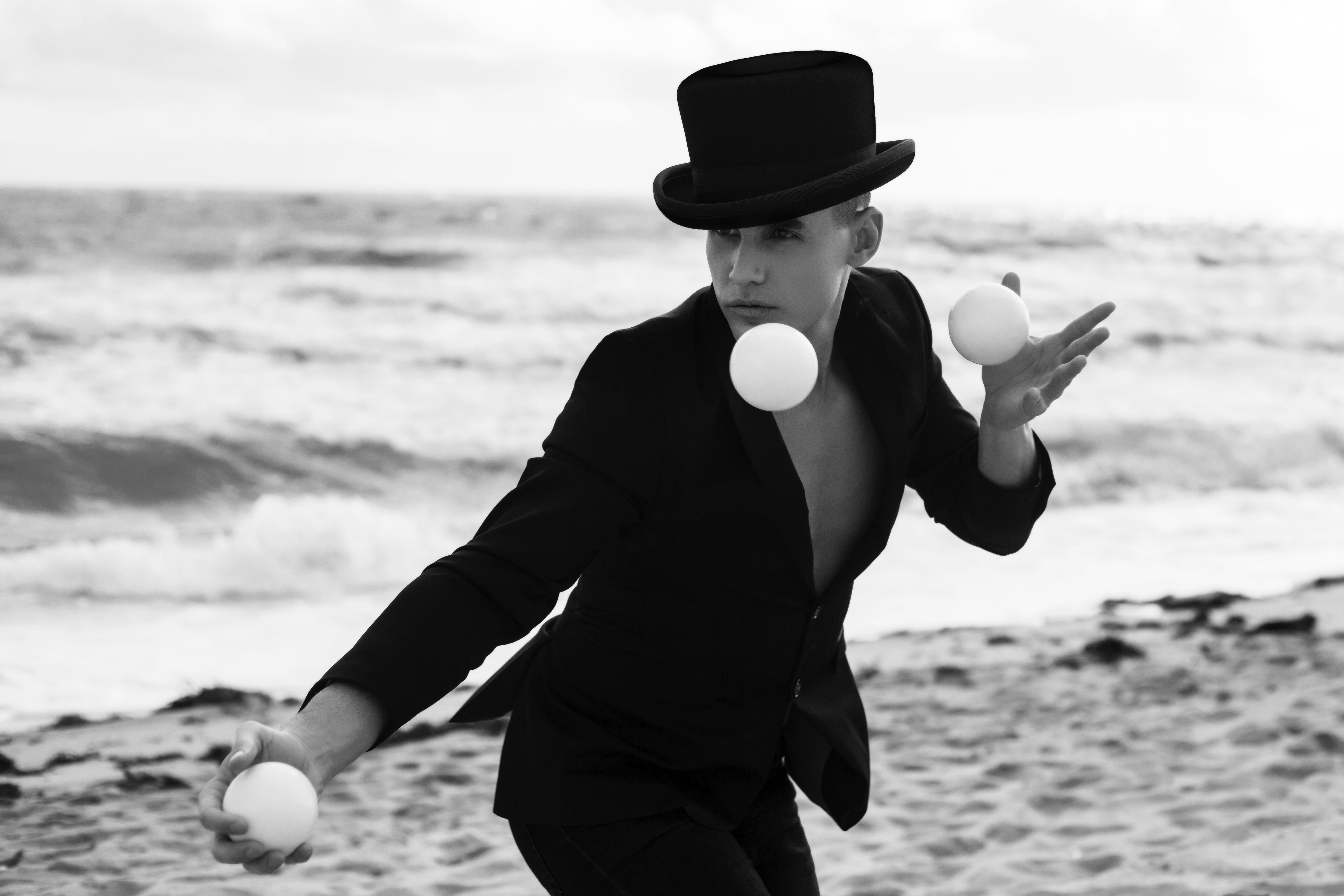