Click Here To Go Back To The Comedy Magician Full Roster 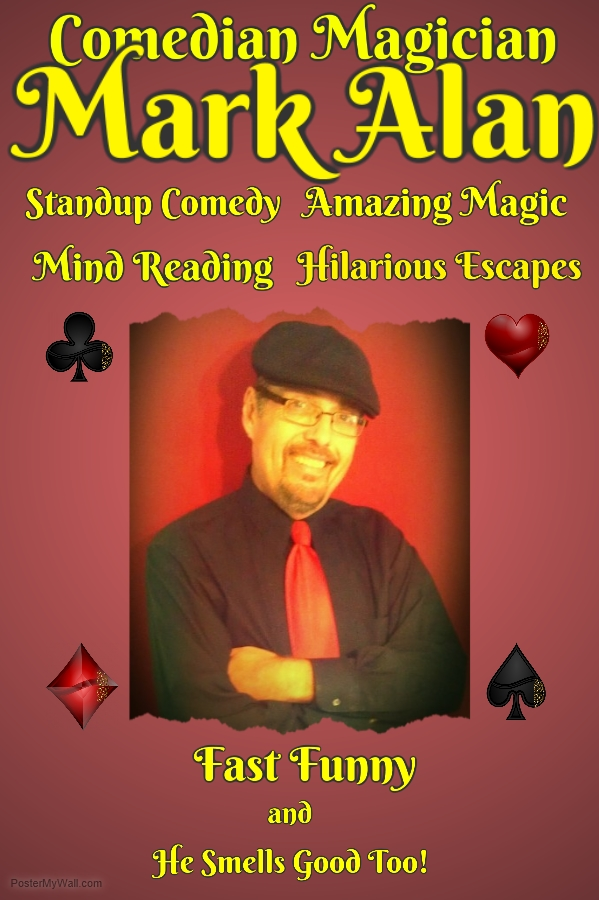 What’s better than a comedian? If you guess a comic who’s a bona fide unicorn-whispering wizard, then you win the Philosopher’s Stone.
OK, Mark Alan isn’t really a demon-fighting warlock, but he is an internationally lauded corporate comedian and magician with more than 25 years of experience wowing audiences nationwide and internationally with his singular blend of hilarity and hocus – pocus. And we hear he smells good too!. “Laughter is good for your health”.

“You were so funny I was watching everyone laughing”
Justin Bieber. VIP room Jacksonville Veterans
Memorial Arena”

A real professional. He can handle
any audience and make them laugh.”
-Jim Laquidara, booking agent

“You would be silly not to hire this
class act, Mark Alan is a fantastic
comedian and magician.”
World famous Incredible Hypnotist
-Richard Barker

“You were “ROCKING” this place”
Terry Westin Corporate client

“Hi Mark, thanks so much for a great
performance the other night. I will
definitely use you for future
performances.”
Summer S.
University Club, Jacksonville

“You were absolutely amazing! Worth
every penny!”
Barbara G. 50th Birthday Party