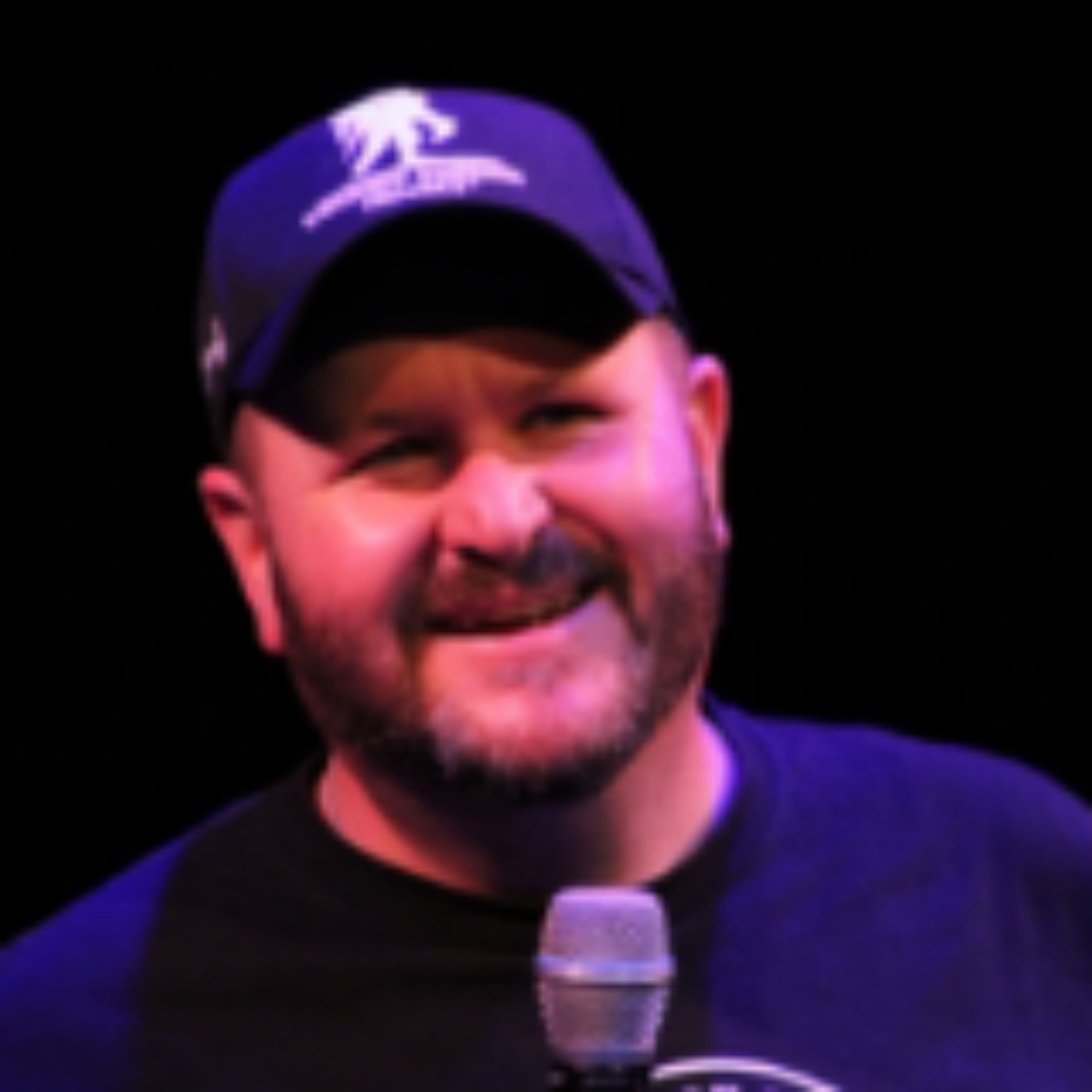 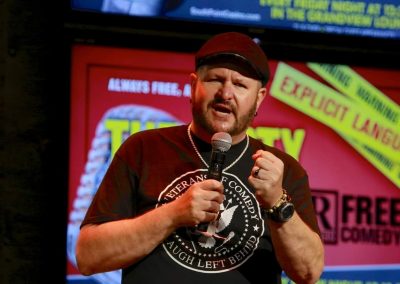 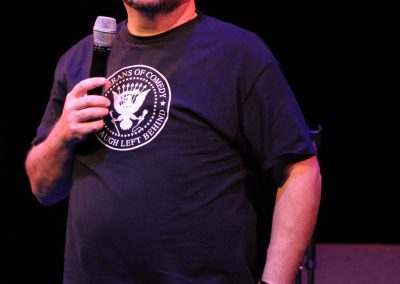 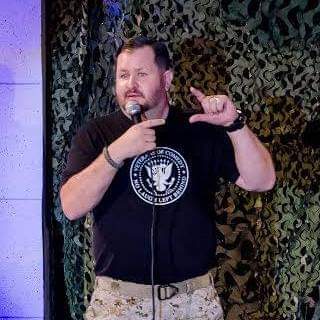 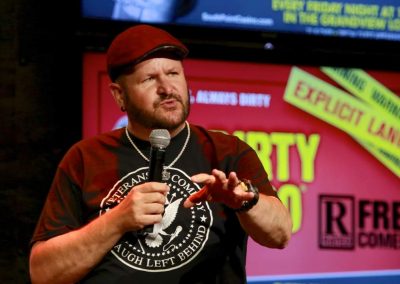 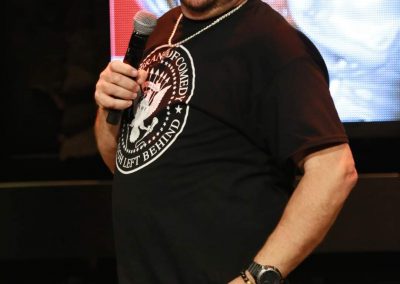 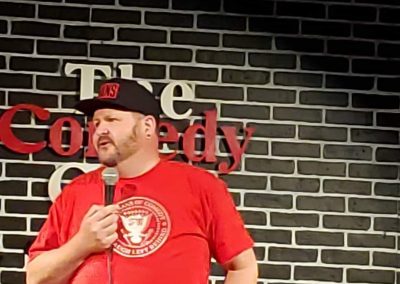 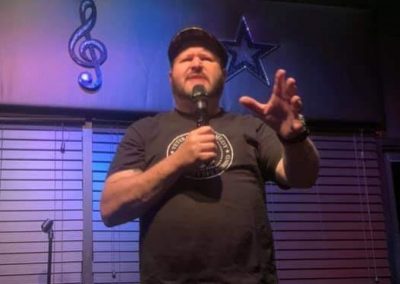 Wil C Bio:
Will C is a veteran of 3 branches of service (Air Force, Marine Corps, Army). After leaving the military he chose to pursue a career in acting and touring as a National Comedian. He has been performing his comedy in the United States, Canada, and Overseas for the last 27 years. He is the founder of The Veterans of Comedy, and is the writer of Combat 2 Comedy. Will has been featured on TV shows like Modern Family, Mom, Monk, Numb3rs, Knight Rider, MANswers, “Gene Simmons” Family Jewels, Storage Hunters, and Hello Ladies.  He has also appeared in movies like, ”Revival”, “Yes Man” with Jim Carrey, ”Seven Pounds” with Will Smith, “Gone Girl” with Ben Affleck, “Purge: Anarchy”,” Inherent Vice” with Joaquin Phoenix, “Hail Caesar” with George Clooney, and many others.

On the dare Will C took the stage at The World Famous Comedy Store in La Jolla, CA in the spring of 1995, caught the comedy bug and never looked back

Will C has traveled the country as a road comic and has performed all over the United States and Canada. With his quick wit, over the top goofiness, and his ability to relate to his audiences, Will has become a favorite at clubs, colleges, and military bases everywhere.

Also a talented actor who was taught by the amazing Marty Pope, you’ve seen Will C in such great hits as Yes Man, Seven Pounds, Never Surrender, Article 99, and Mr. and Mrs. Bridge. He has just wrapped shooting Inherent Vice, Wizards Dream, The Vatican Files, Purge 2, Murder of a Cat, Gone Girl, and Revival!.

Will C has been featured on such great shows like, Hello Ladies, Ragtag, Kill Em’ All, Wendall and Vinnie, Monk, Numb3rs, Knight Rider, MANswers, Family Jewels, Storage Hunters, and the list goes on and on.

Will C has been in numerous commercials, too many to list here, and is a talented improvisational actor as well having been trained by the great Linda Williams of Comedy Sportz.

Will C toured with The Monsters of Comedy in 2010, traveling the United States and Canada, and in 2011 and 2012 he toured with the GIs of Comedy where he brought laughter to the troops around the world.

Will C is a proud veteran and founded the Veterans of Comedy in 2014 where he will continue performing and raising awareness for the troops. With their motto “No Laugh Left Behind”, they hope to help bridge the gap between soldier and civilian life by using laughter as the foundation.

Will C makes his home in Los Angeles, CA where he is a regular at the Improv, The Laugh Factory, The World Famous Comedy Store, and The Icehouse in Pasadena.

His new CD “Weighting to Inhale” has been released and is available wherever fine comedy is sold.