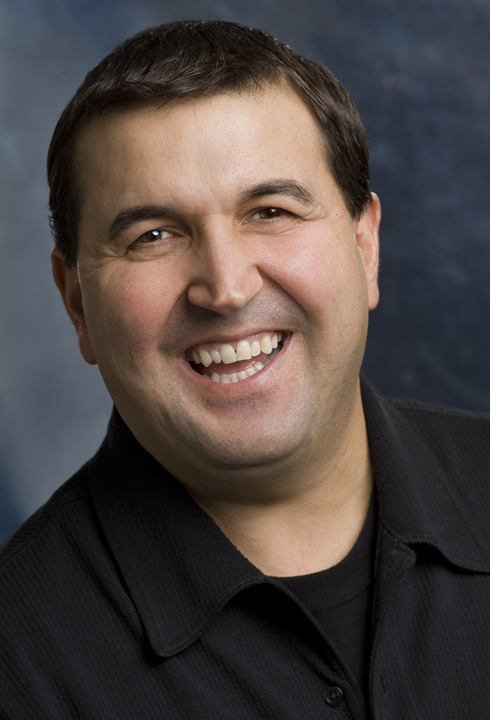 Sal Demilio Bio:
How does one describe Sal Demilio? He is Ray Romano meets Tony Soprano. He is Rocky Balboa meets the Godfather. He is Al Capone launching a tommy gun assault on your funny bone.

When Sal steps onto the comedy stage, he looks suspiciously like every henchman who has ever been cast in a movie about the mob. His intimidating presence fills the room… six foot three inches tall, barrel-chested and way more Italian than the Olive Garden. But then he smiles… and the room lights up. And you realize you are more likely to be cuddled to death by this Italiano teddy bear than hit in the head with a shovel.

Sal Demilio’s likabilty and charm, mixed with his smooth, yet occasionally rapid fire delivery make him a comedic force to be reckoned with. Clever and clean, he tackles subjects such as his Italian family, culture, sports and technology with equal agility, taking angles you never considered but instantly identify with. He has a quick wit and an eye for funny. His act is fun, hilarious and self-deprecating. Sal laughs at himself, and you will laugh right along with him.

Sal has performed at some of the top clubs in the nation, such as Carolines in New York, The Comedy Store in LA and Zanies in Chicago. He performs in Las Vegas and is a regular at the top clubs in his home state of Michigan, including the Comedy Castle in Detroit, One Night Stans in Waterford and the Ann Arbor Comedy Showcase. He has been heard on the nationally syndicated “Bob and Tom Show” and his comedy cd, “Fettucini Salfredo” is in heavy rotation on SiriusXM Satellite Radio, with his second CD schedule for a 2020 release. He is also the co-host of the popular podcast, “The Sal and Bob” show and he has appeared at the World Series of Comedy.

Additionally, Sal had a featured role alongside Eric Roberts (Julia Robert’s brother) in the movie “Intent” and was the star of the short film, “Detour Detroit”. He is a regular actor for Broken Tail Dog Productions in addition to other acting projects and commercials.
Sal is a highly sought after comedy talent in the corporate world for his ability to cater his act to whatever parameters the client needs. Some of his many corporate clients include Pepsi, Home Depot, 7-Up, Buffalo Wild Wings, Arizona Beverages, K-Mart and even the New York Yankees. His client list is a Who’s Who of satisfied customers.

During Sal’s twenty plus years in the comedy business, he has worked with some of the most recognizable names in comedy. He has toured with Louie Anderson, Dave Coulier, Jimmy Walker, Nick Dipaolo and Kathleen Madigan, just to name a few.

No matter the audience, whether it’s a casino, comedy club, theater or corporate boardroom, Sal is the right comic for the job. Side-splitting, genuine, and a consummate professional, Sal is exactly the comedian you need, every time, hands down.