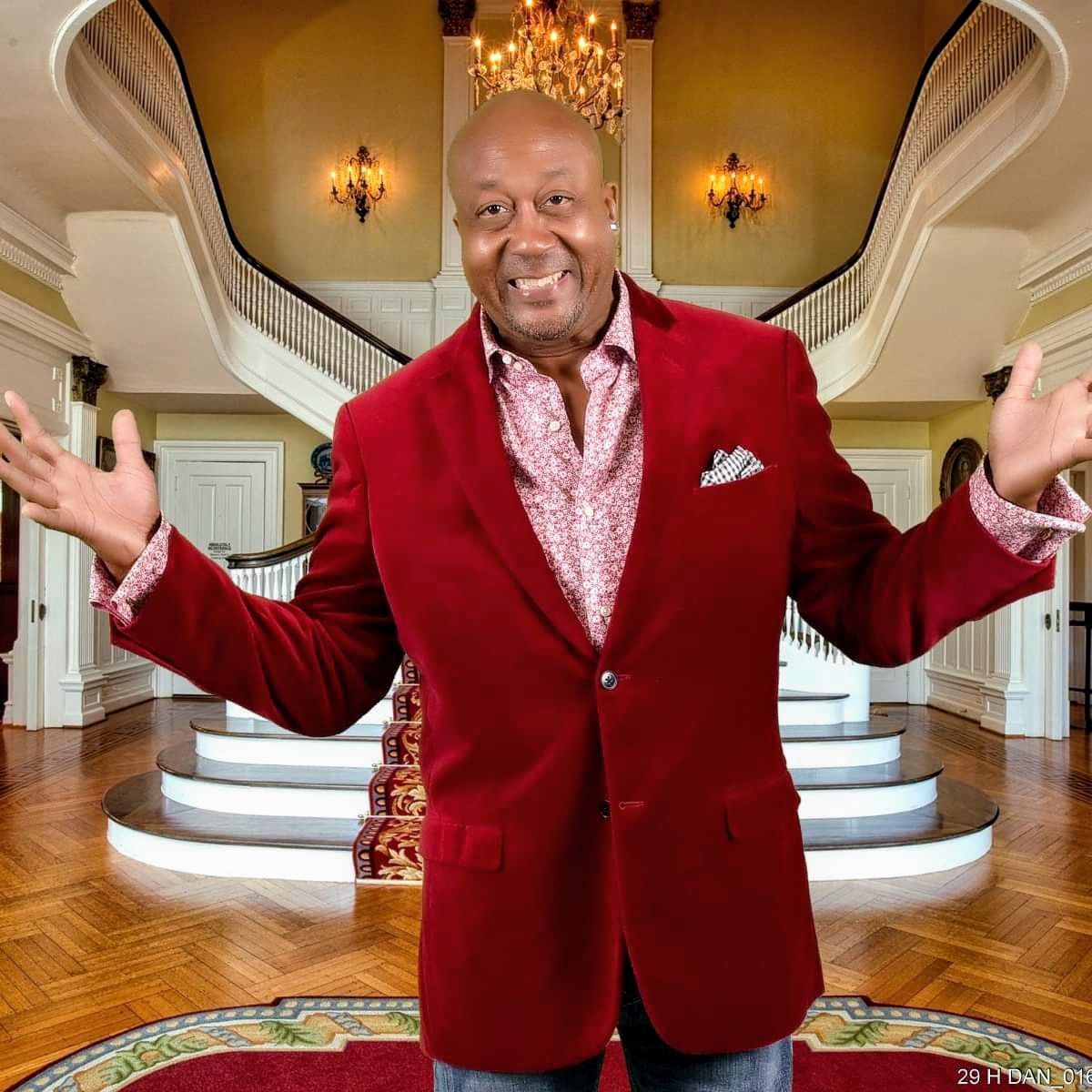 Originally from Cleveland, OH and based bi-coastally in L.A. and S. FL.  L.A.  is a  versatile and veteran performer you have seen in a lot of places. He was a member of The Comic’s On Duty Tour as one of the first group of civilians to visit Iraq in the Fall of ’03. The group toured and performed 28 shows in 27 days in a variety of military venues. He has travelled with, and performed for, the US Military in over 35 countries. In his words “I do it for the people”

You have also seen him on  LaughsTV on FOX, Comedy.TV, Comic’s Unleashed, BET’s ComicView,,  MTV, VH1, and the FUSE Network.

He has that face that says “I know that guy from somewhere” , and can be heard on XM/Sirius radio Raw Dog, and was on real FM radio w DL Hughley’s syndicated radio show.

Described and known also as bLACK dAD due to his REAL observations and no holds barred style on many subjects.  He sounds off on his kids, other people’s kids, and the ideas of being a parent in a new age world.

He is a renaissance man, a professional Stand Up Comedian, an Actor, MC and Entertainer for all seasons and occasions

L.A. is real, relating from his own experiences and delivers in your face COMEDY!

Travelled with, and performed for, the US military in over 35 countries. In his words  “I do it for the People.” You have also seen him  on ESPN 30 for 30 The Good The Bad The Hungry, LaughsTV, Comedy.TV,  Comic’s Unleashed w/ Byron Allen, BET’s  Comicview , MTV,  VH1, and The Fuse Network.  His film credits include Universal Remote, China Dolls and   Guess Who  w/ Bernie Mac and appearances in commercials and film.  Look for him in the ComedyFlo Productions of Web Series on youtube.com/ComedyFlo

He has that face that makes you say I know that guy from somewhere  and his voice can be heard on Sirius/XM RADIO.  Playing Venues as diverse as Clubs and Private Corporate Events to Cruise ships and Television. He is ”BlackDad” with REAL observations from his UNIQUE point of view centered around his family and it could be YOURS.  His no holds barred stylee and  ability to make you laugh and reflect while continually entertaining is his #1 skill and the reason you want to see him LIVE. A child of the 70’s but a man of today. He has  old school  sensibilities and  new school solutions to today.
He is a renaissance man! A Professional Stand Up Comedian, MC/Host Actor, and The Entertainer with Flava for all seasons and  occasions, but mostly he is that rare of men….he is bLACK dAD!!