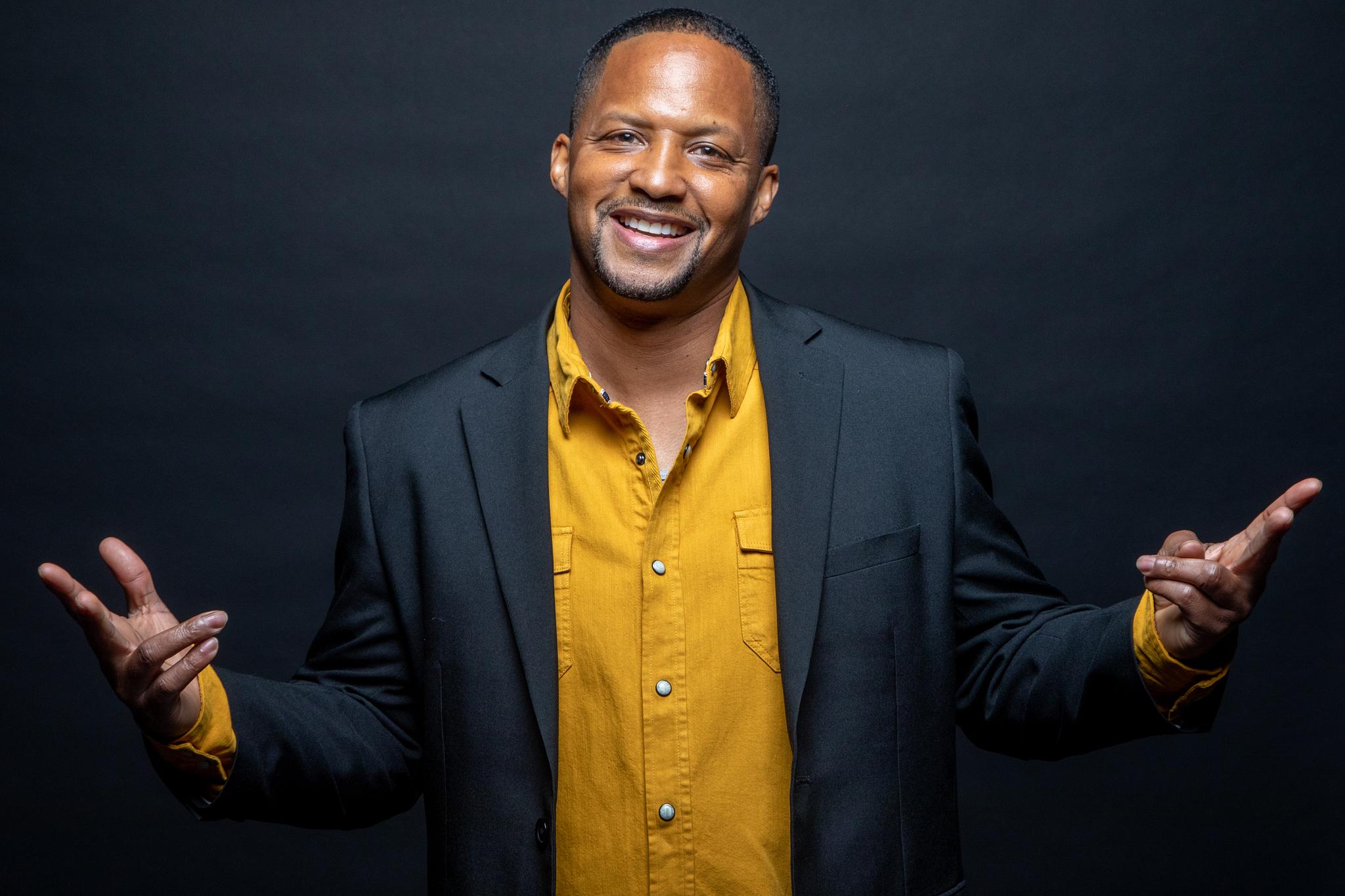 Kente Scott Bio:
From Oakland, California, Kenté Scott’s father dreamed of him becoming a doctor, but he was destined for a different career path. While attending UCLA, Kenté pursued acting and started doing stand-up at the world famous Comedy Store in Hollywood. He’s left crowds laughing everywhere, performing with comic heavyweights including Jay Leno, Cedric The Entertainer, Tiffany Haddish, and Earthquake. Kenté has also brought his humor to our troops, headlining a tour of the U.S. military bases in Japan and he’s a regular guest comic on Quake’s House Sirius/XM show on Kevin Hart’s LOL Network. As an actor, Kenté has appeared in numerous films and television shows. He co-starred in Denzel Washington’s directorial debut, ”Antwone Fisher”, and played the lead in Showtime’s critically acclaimed movie, “They Call Me Sirr”, co-starring Michael Clarke Duncan. Kenté has brought his talents to hit shows such as “The Unit”, “ER”, “The Parkers”, “In The Cut”, and “Half & Half” and the hilarious web series, “Class Dismissed”.

Lately, Kenté has showcased his ever-expanding range, from warming up studio audiences for television shows including “Taraji P. Henson’s White Hot Christmas Special” and CBS’ “Lip Sync to the Rescue” special, to hosting fundraisers and awards ceremonies for organizations including Delta Sigma Theta Sorority, Inc., the Langston Bar Association, and BESLA, to name a few. He’s also been the keynote speaker at the ASOPA/NAOT convention as well as the Southern California Edison conference.  Look out for Kente cracking up audiences at comedy clubs across the country and on the big and small screen.