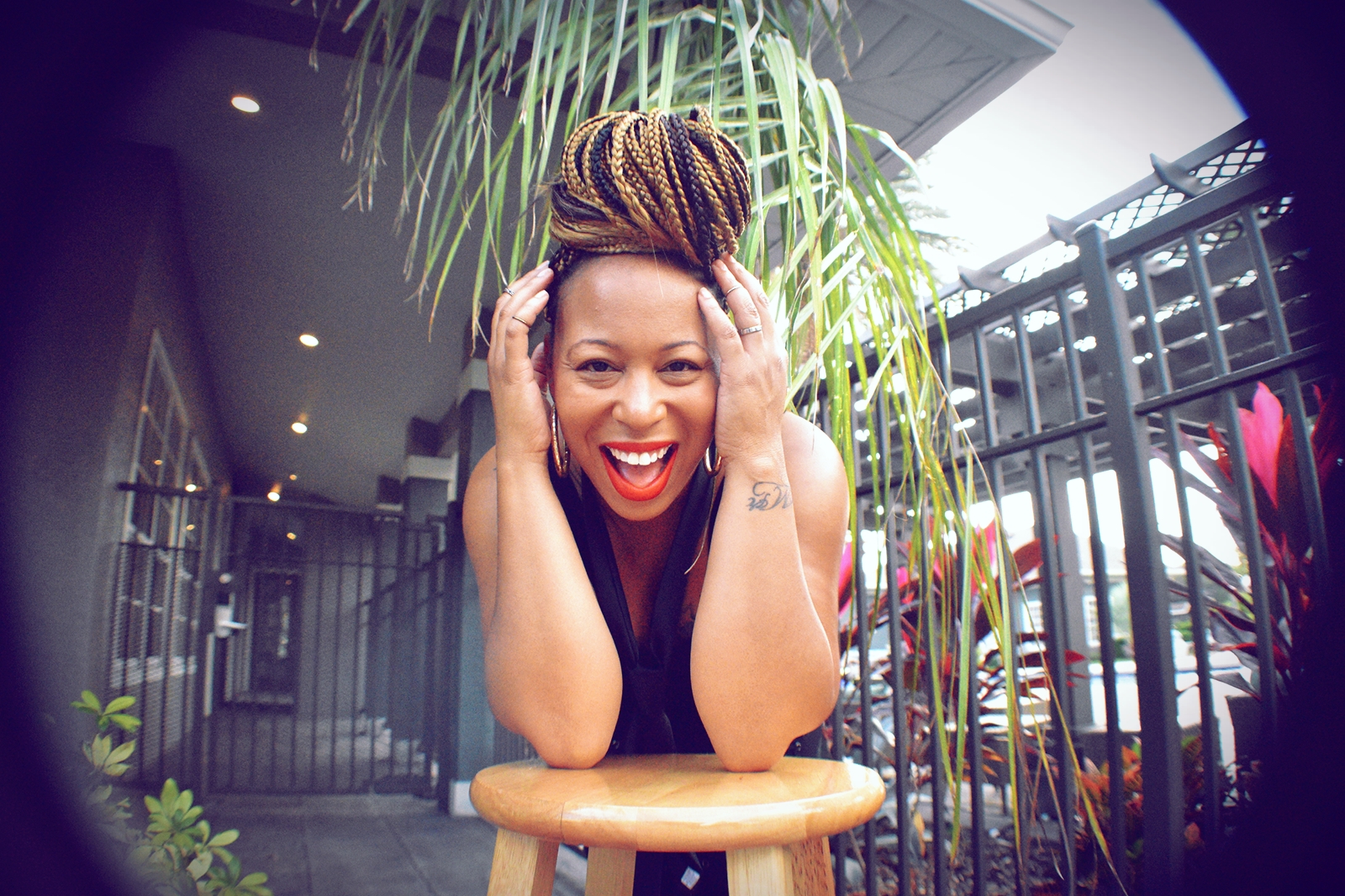 Gina G
Video Promo 1-Winner of Female’s Funniest Comedian 2017
Video Promo 2
Video Promo 3
Gina G was born in Atlanta, Georgia on the last day of February, the youngest of four girls. While growing up in Los Angeles Cal Gina G was always providing entertainment for her family. That’s where her passion to entertain and “make people laugh” got started. Gina G says “I was always clowning, imitating other comedians, re-enacting movie scenes. It drove my family crazy but they all knew it was my calling”.

Gina G was attending Marinello Beauty School when she answered an ad for a waitress at J. Anthony Brown’s Comedy Club in Los Angeles. She went right down to the J Spot and was hired on the spot. After waitressing a few months, there was a slow night and some of the staff was taking turns going on stage…just for the fun of it. Let’s just say SHE KILLED IT!!!! After word got back to J. Anthony, he put her on stage and in that moment J Anthony Brown knew he had a star busting his tables. From that night, in between serving cocktails and delivery hot wings to the patrons, she also served up jokes as one of the regular J Spot comedians. Gina G became the host comedian on Thursday nights with KJLH’s Adai Lamar’s Stiletto Strut contest and the rest really is history.

On her quest to branch out she found herself in Atlanta, then Orlando and has shared the stage with Special K from the Ricky Smiley show, Karlous Miller, Rodney Perry, Lunell, Micheal Blackston, Dameion Williams from the “Tom Joyner Morning show”, while performing at The Rhythm Lounge and the Encore Bistro Club in in Atlanta, in Orlando Florida at The Other Bar and Shotskis, Orlando Improv, Tampa Improv, Bonkerz, FAMU